I went on my Macau (click here for wikipedia entry) trip together with my Hubby, Grandparents & Aunt.

We took TigerAir from Singapore Budget Terminal to Macau.  The flight took around 3hrs 30mins.  My 1st thought when plane touched down at Macau was "Wah!! So hazy!".  I was seated next to the window and I could only see the ground and buildings just moments before we landed. The hotel we are staying at is the Venetian Hotel and we took the hotel's shuttle bus from the Airport to the hotel (trip just took about 5mins). 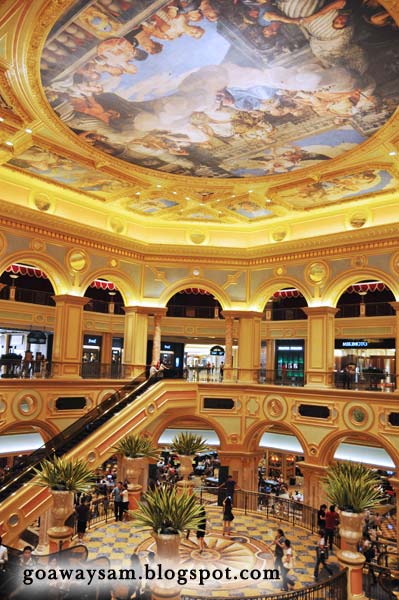 There's a shop (Kee Wah) in Venetian Hotel that sells local pastries too. 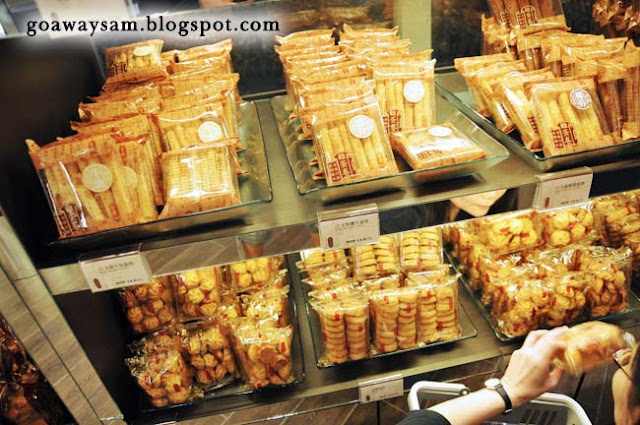 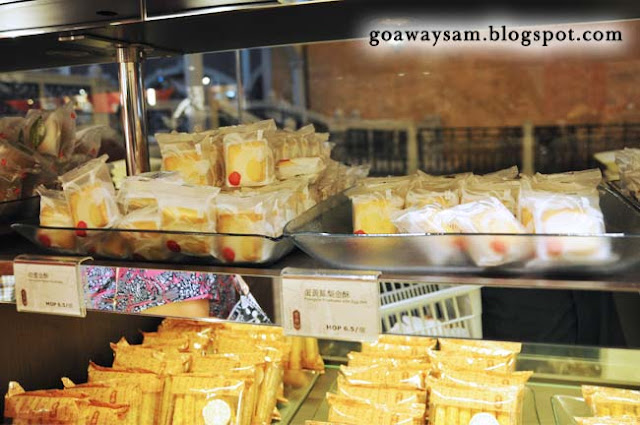 The Venetian Hotel is located on the same island as the airport, so if you want to go to Macau's city area, you will have to take cab/bus to Macau's main island (about 20mins by cab).
The most famous attraction is probably the Ruins of St. Paul's.  There's usually many tourists here taking photos at the famous steps.
Just next to Ruins of St Pauls, there's a small shop selling collectible toys for those who may be interested. It doesnt open until nearly noon time so don't go too early.
Then from the Ruins of St Pauls, go down the steps and walk straight.  You will find shops selling Bak Kwa (Dried Pork Slices) and pastries.  Most are nice.  Many pastries comes in little individually wrapped pieces within a box so it's good to buy for colleagues and friends. For potato lovers, there's a shop here that specializes in potato food. 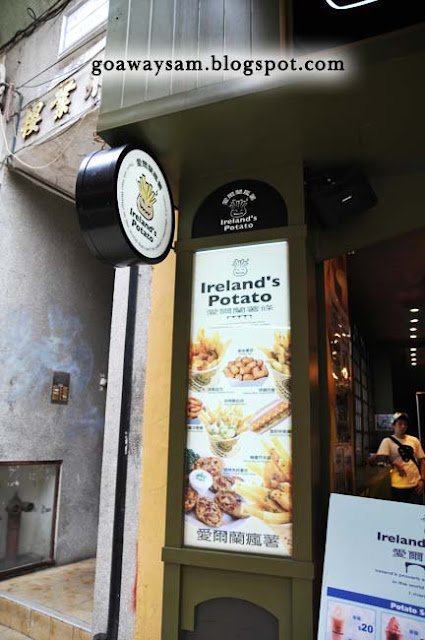 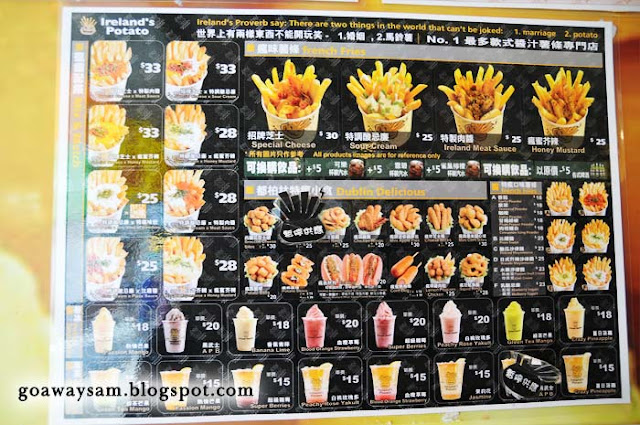 
So on the day we were at the city area, we saw this at 1 of the city hotel's lobby. 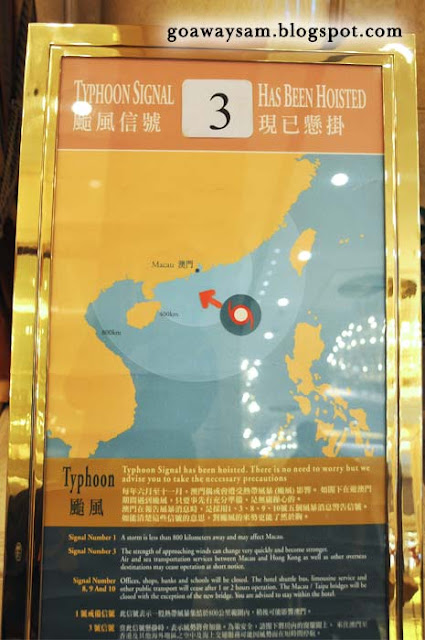 Basically, for signal 1 & 3, there's not too much to worry about although you might want to double check to see if there's any flight changes.  However if the hotel you are living in is on the airport island (like Venetian Hotel) and you are on the city island, then you may want to start heading back to your hotel because the bridge that connects the 2 island will shut down when it reaches Typhoon signal 8.  We were lucky because the bridge shut down 1hr after we arrived back to our hotel.  Later in the evening, it reached Typhoon signal 8.

All photos on this blog are taken by me, unless otherwise credited. No part of this blog (including images) shall be reproduced. What I may say/recommend on this blog is purely based on my personal opinion.
Please do not post advertisement links on the comments section, since they will be deleted.
Thanks